The Abandoned Oddity of Canal Park

Abandoned structures seem to pique almost everyone’s interest. While walking along the lakewalk in Canal Park, one might notice what appears to be a half-sunk structure resting just 30 feet from the shore. The now ramshackle structure goes by a few different nicknames, including “Uncle Harvey’s Mausoleum,” “the cribs,” and “the icehouse.” It is popular among photographers, scuba divers, and swimmers who enjoy the chilly waters on a hot summer day.* What was this structure? What was its purpose? The answers connect to Duluth’s industrial past and to a businessman’s wager that never paid off.

“Uncle Harvey’s Mausoleum” was originally a sand and gravel hopper constructed in the winter of 1919. Harvey Whitney, a businessman from Superior, Wisconsin, funded its construction. The Harvey Brothers company moved gravel from Grand Marais and sand from the Apostle Islands to the port of Duluth via ship. The heavy traffic heading into the Duluth harbor basin lead to ships waiting to dock and unload. Whitney believed that the construction of a hopper would help save time in the delivery process. Steam-powered clamshell cranes from the scow Limit would spoon the sand or gravel into the hopper, and conveyor belts would then move the load onto trucks.

There was historical reasoning behind Harvey’s decision to build the hopper outside of the Duluth harbor basin. In the mid-19th century, Duluth had an outer harbor that spanned from modern-day Canal Park to the Veterans Memorial along the lakewalk. A stone and timber breakwater stretched out 950 feet from the shore by 1871; however, by 1873 nearly all shipping commerce went through the main canal still used today. Decreasing usage portended a slow end to the outer break wall, as dwindling repairs and powerful lake-effect weather would pound the wooden structure into eventual nothingness. The remnant shoreline foundation of the old outer harbor breakwater can still be found along the modern lakewalk. For those curious to learn more about Duluth’s former outer harbor, check out this article from Zenith City Online!

The combination of recurring lake-effect weather and a lack of demand led to the abandonment of the hopper in 1922. In the century since its desertion, “Uncle Harvey’s Mausoleum” has remained an ever-present oddity in the waters of Canal Park. The concrete construction of the hopper has allowed it to withstand weather that has destroyed other derelict wooden structures of bygone years; however, Lake Superior has taken its toll on “Uncle Harvey’s Mausoleum” over time. Weakened by years of waves and weather, the last stone pillar positioned between the hopper and the shoreline washed away on February 7, 2015. A similar fate potentially could befall the main structure one day. For further information on the now-derelict hopper, be sure to see this article from Zenith City Online or this feature on Atlas Obscura!

On your next stroll along the lakewalk, be sure to look for “Uncle Harvey’s Mausoleum.” It’s Duluth’s long-standing reminder of Harvey Whitman’s lost shipping bet!

*For various safety reasons, we at Visit Duluth do not endorse swimming in or near "Uncle Harvey’s Mausoleum." 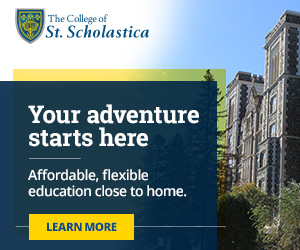